Shop our collection of velvet fabrics!

A fabric for every project

Embroidery is the craft of decorating fabric or other materials using a needle to apply thread or yarn. The word embroidery comes from the French word broderie, meaning embellishment. In various forms, embroidery has existed since the production of fabric. 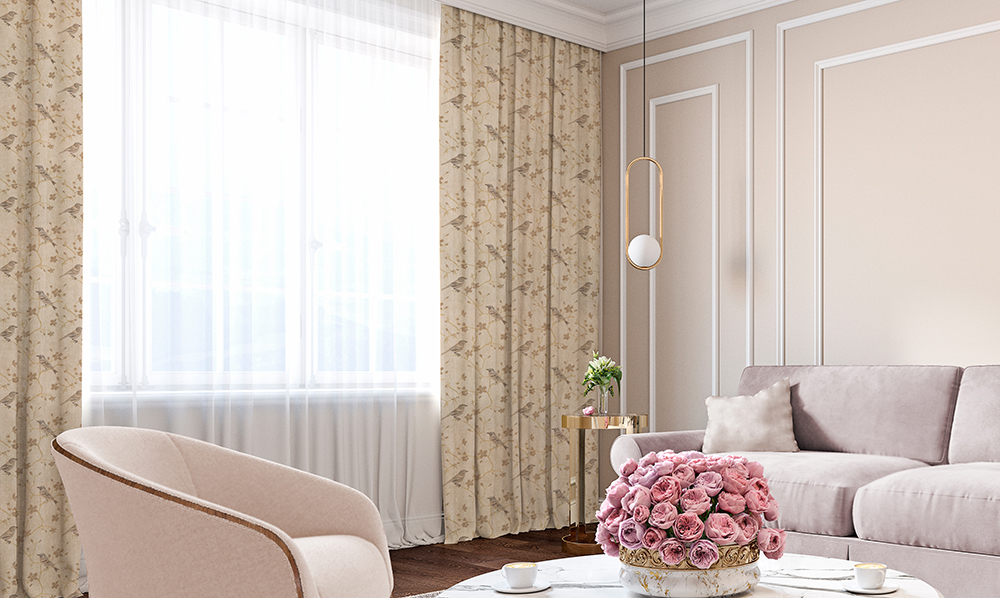 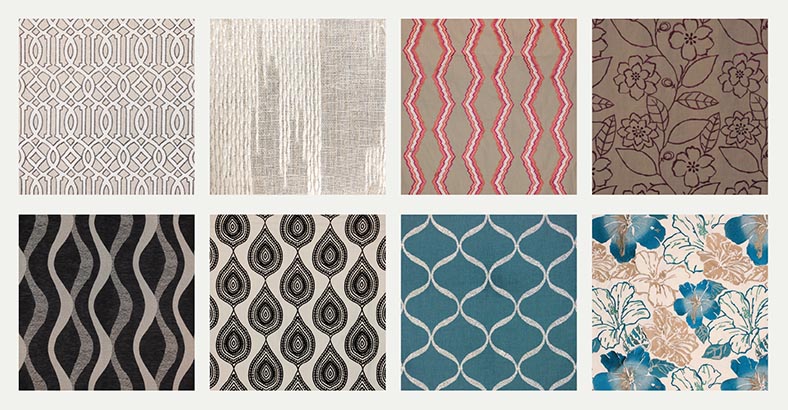 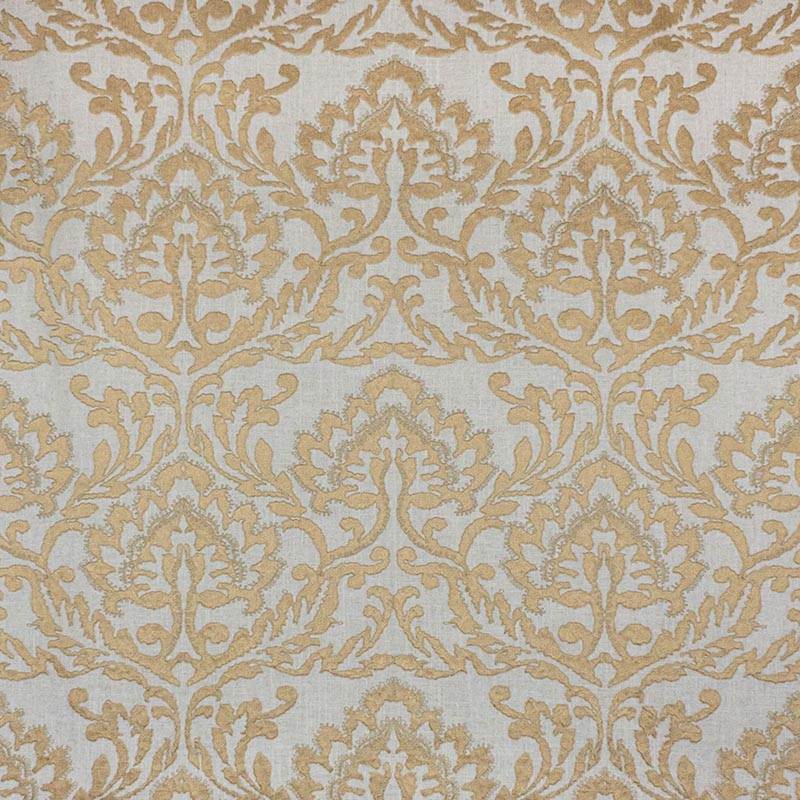 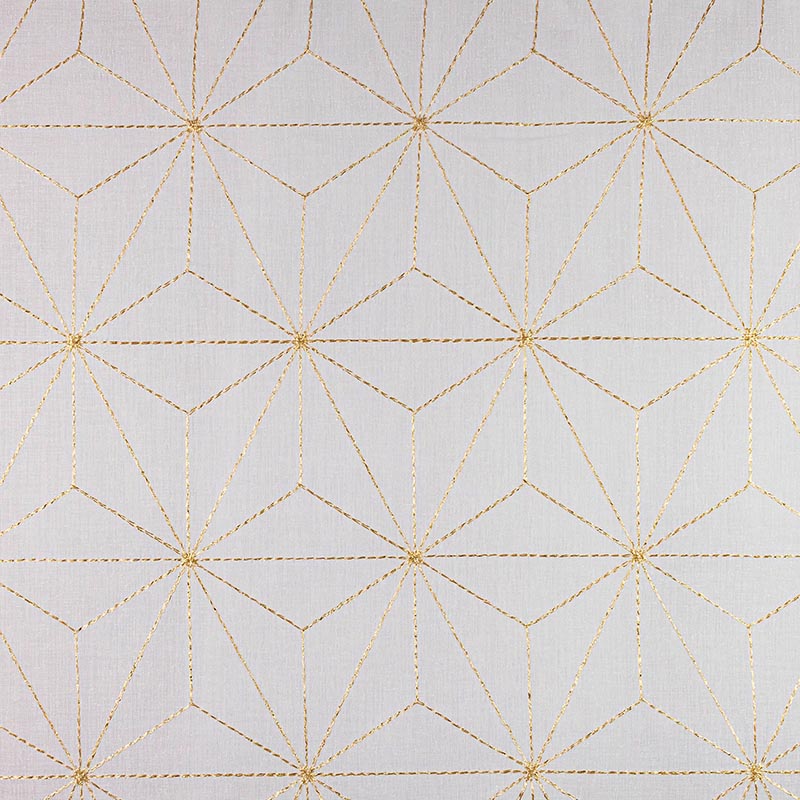 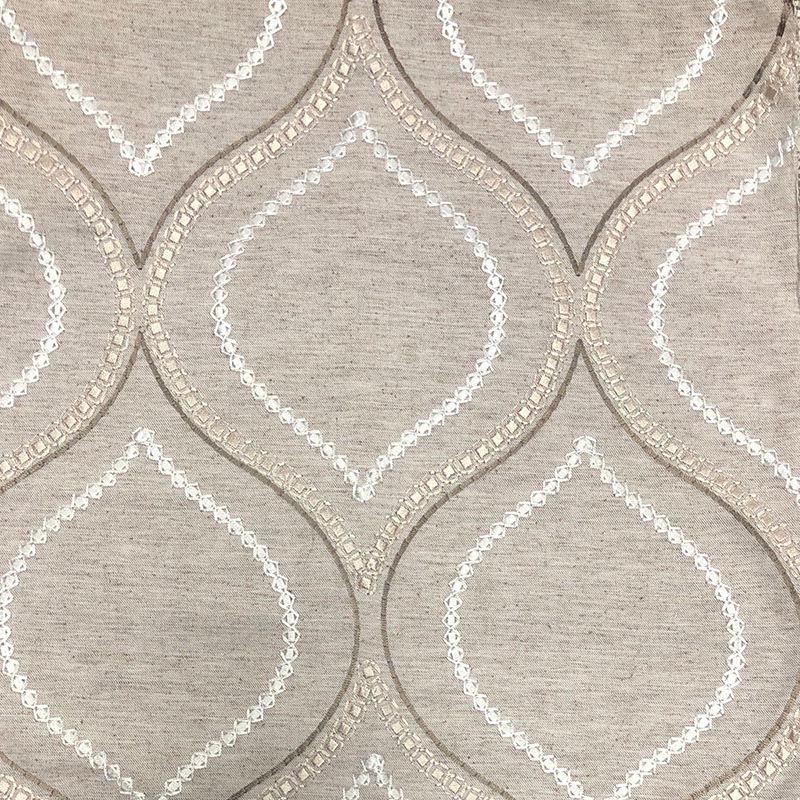 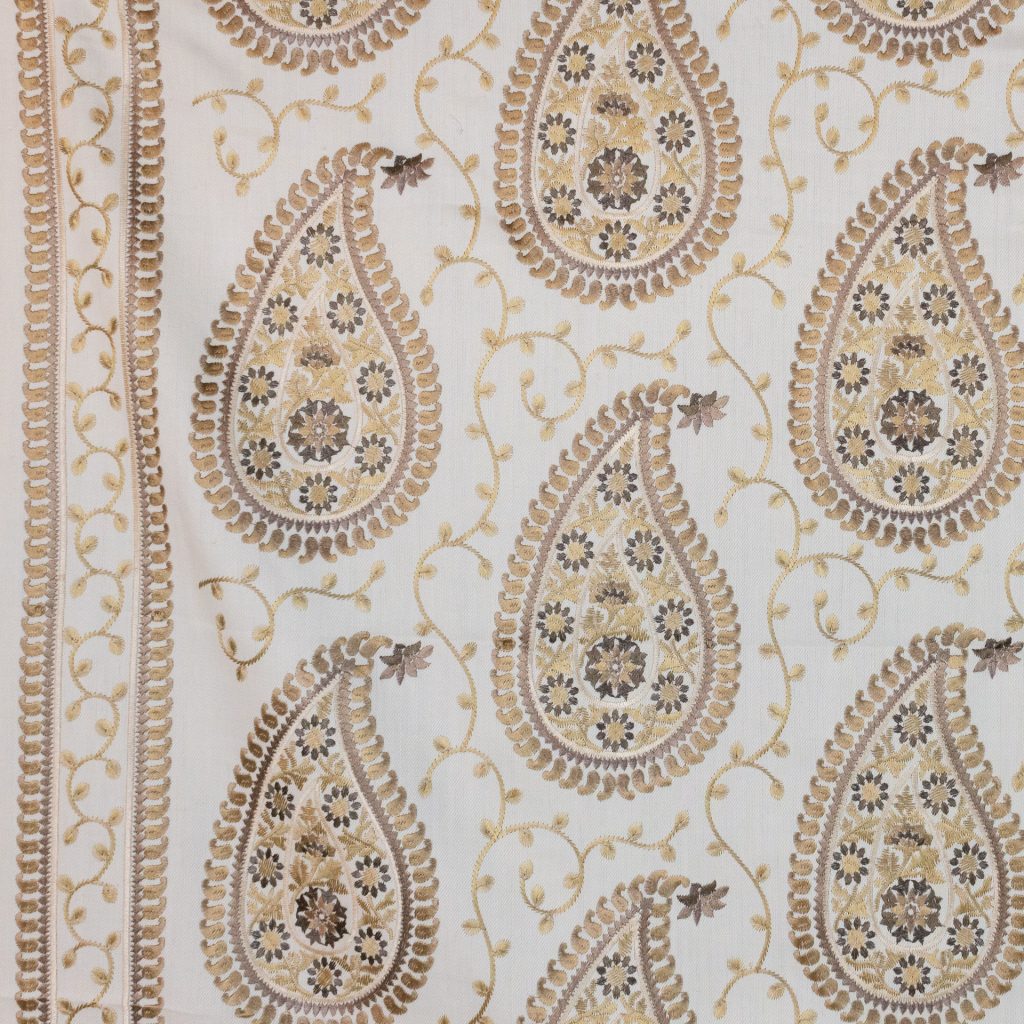 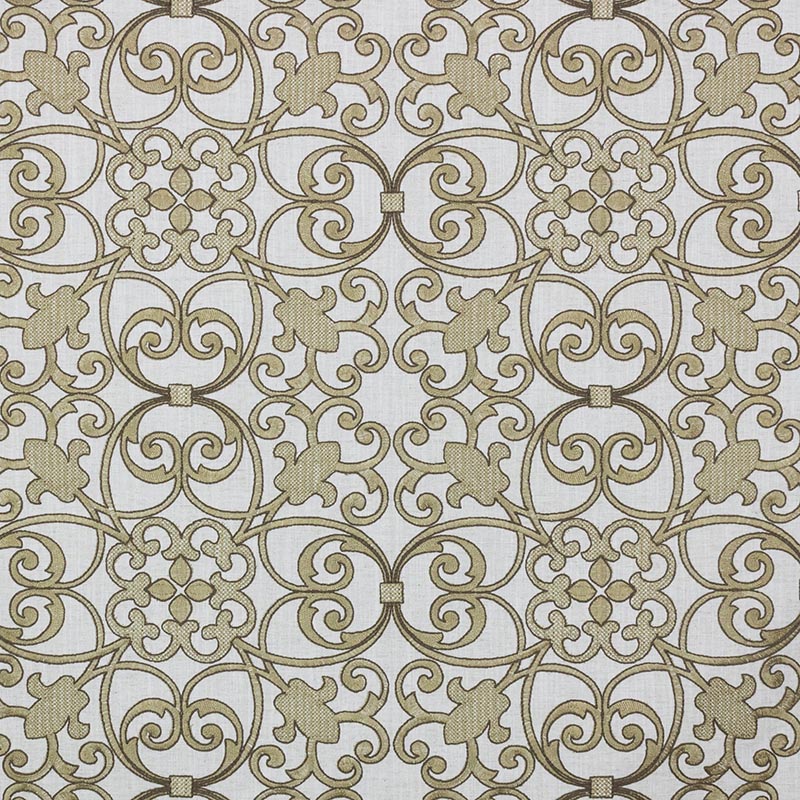 Are embroideries a good choice for upholstery?

Is puckering in an embroidery normal, or considered a flaw?

Embroidery puckering refers to the “gathering” or “bunching” of the base fabric near embroidery stitches. It occurs when the base fabric moves around during the embroidery process. Designs with more stitches will tend to have more puckering. Lightweight fabric can also show more puckering than heavier fabrics. Puckering is a characteristic of embroidered fabric. It is considered part of the natural beauty of textile and is not considered a flaw.

Why are some embroidery patterns only available in small rolls?

Why are there up to three widths listed on some embroideries?

Why are some elements in an embroidered fabric joined together with other elements in the pattern? Is this a flaw?

Depending on the embroidery machine used, the machine heads require a continuous pattern to properly sew. A line or curve of embroidered stitches will join one element to another creating no break in the motifs or lift in the embroidery head. These joins are small and hidden in the design to be as subtle as possible. This is not considered a flaw.

What is the difference between embroidered fabrics and crewel embroidery?

When comparing different embroidery fabrics, what makes a style unique are the motifs or the stitches used to create them. Authentic crewel embroidery uses a 2-ply wool yarn for the stitches. This yarn is actually called a crewel yarn, and that is what gives the embroidery its name. Crewel embroidery rose to prominence in Jacobean England during the 16th and 17th centuries. Because of this, traditional crewel embroideries often display motifs popular from that era. In fact, Jacobean embroidery is a style in itself, but it’s also usually referred to as crewelwork. 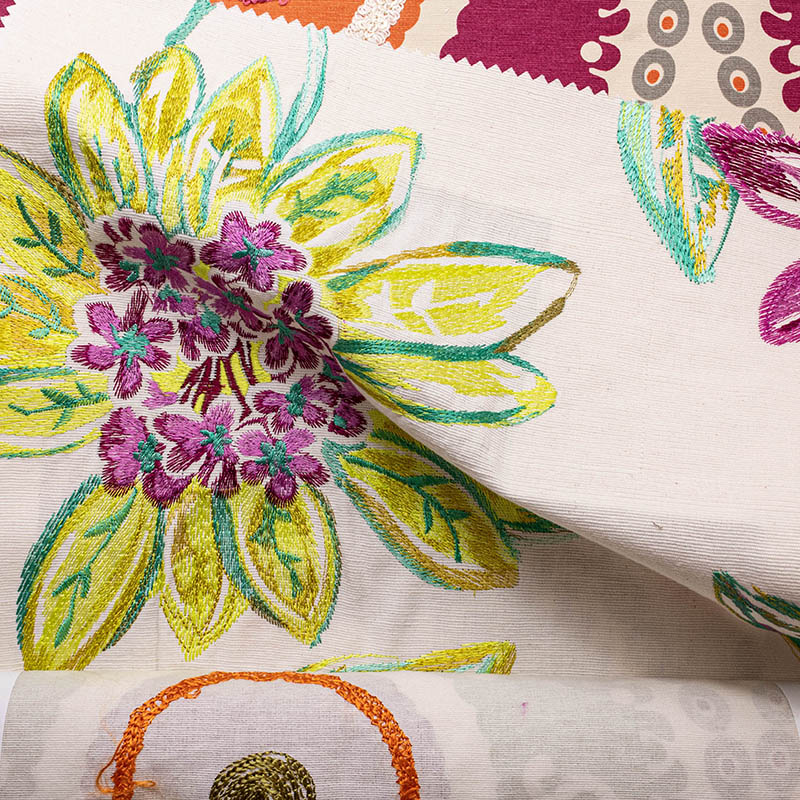 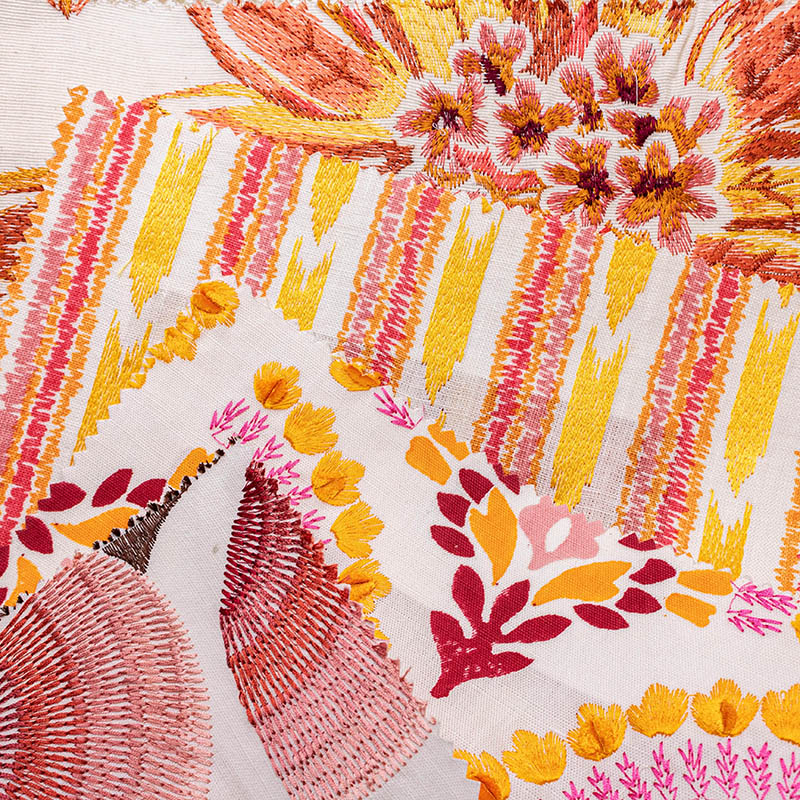 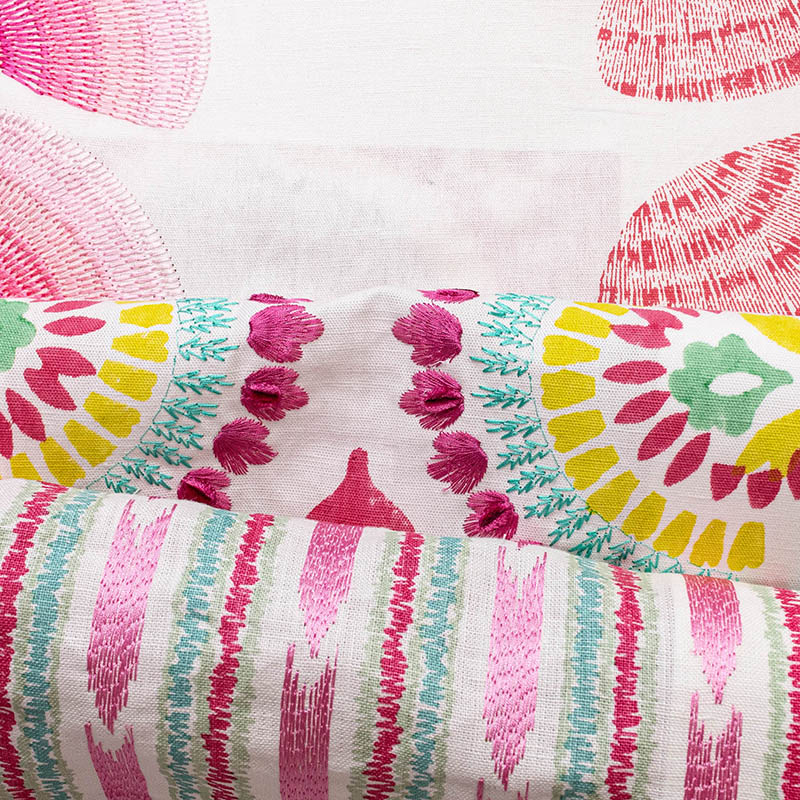 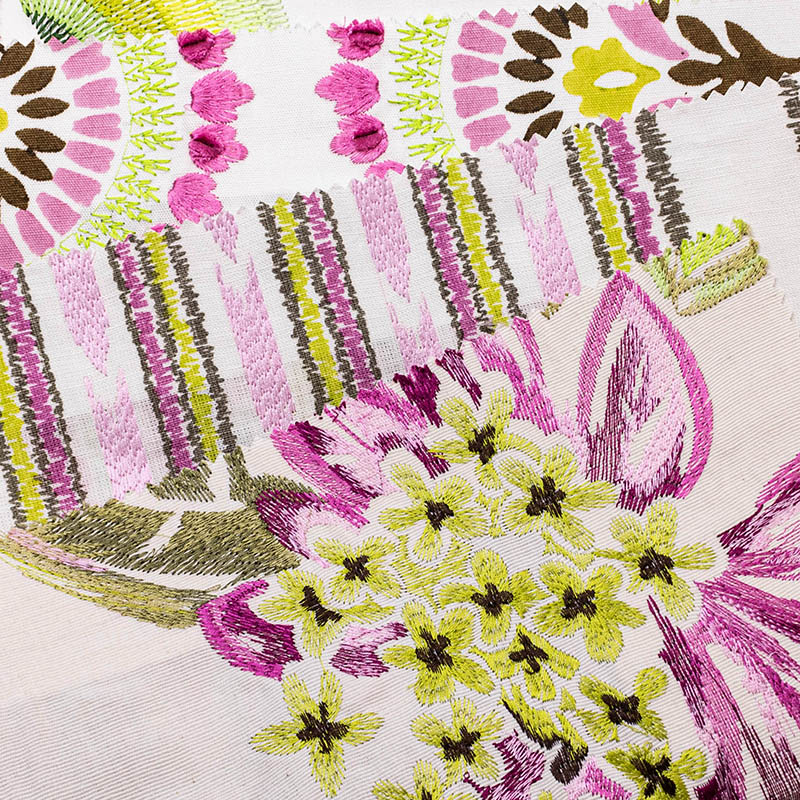 While embroidery is practiced around the world, its origin stems from China and the Near East. Early embroidery can actually be traced back to Cro-Magnon days or 30,000 B.C. Archeological finds from this period revealed fossilized remains of heavily hand-stitched and decorated clothing. Because this was before the existence of written language there is no written record of this. It is, however, thought that the earliest artworks were likely part of religious rituals.

The oldest surviving pieces of embroidered fabric date from approximately 2,000 B.C. and were found in Egyptian tombs. These artifacts include hem panels from the tunic of the famous Egyptian pharaoh, Tutankhamun.

Other early examples of embroidery are found in China dating to the Warring States period between the 5th and 3rd century B.C. In Sweden, the earliest finds of embroidery are from a period known as the Viking Age, around the 9th and 10th centuries. Around the year 1000, the practice of embroidery began to rise in Europe with the growth of the Christian church and royalty gaining power. Richly decorated garments and ornaments in the form of wall hangings and tablecloths were commissioned to display power and wealth.

In the Medieval Islamic world, embroidered textiles were a sign of high social status in Muslim societies. In cities such as Damascus, Istanbul, and Cairo, embroidery could be found on items such as handkerchiefs, flags, uniforms, robes, horse trappings, pouches, and covers.

The process used to tailor, patch, mend and reinforce cloth later fostered the development of sewing techniques, and the decorative possibilities of sewing led to the art of embroidery. In 18th century England, embroidery was a skill marking a girl’s passage into womanhood as well as conveying rank and social standing.

The expertise of hand embroidery needlework began to be lost around 1855 during the Industrial Revolution with the invention of the chain stitch embroidery machine. This invention marked the beginning of the mass production of embroidered materials. These machines could make Tambour embroidery on netting. (Tambour, also known as Broderie Chainette and Broderie de Lunéville, is a technique used for beaded embroidery).

Two years later, in 1857, the first chain-stitch sewing machine in the USA was patented. By 1858, it was starting to be difficult to distinguish between hand-stitched and machine-stitched embroidery. Around 1900, mail-order catalogs and pattern papers helped embroidery become more widespread.

Embroidery was no longer just the pastime of the upper class, as it could now be done on cheaper materials. Furthermore, while embroidery was historically performed primarily by women, the art of embroidery was now being enjoyed by men. During an interview, actor Henry Fonda revealed that embroidering was his favorite hobby. Another famous male embroiderer was Gustaf V, King of Sweden from 1907-1950.

Embroidered fabrics gained worldwide popularity in the 1990s due to the importation of faux silk embroideries from China. Polyester faux-silk ground fabrics with the addition of machine embroidery made a highly decorative fabric that was affordable for most households. Embroidered faux silks remained popular until the late 1990s. Faux silk became less fashionable as the decade ended embroideries shifted to natural cotton grounds. In the coming years, linen and rayon fibers were incorporated in the ground fabrics, and these fibers and blends continue to be popular still today.

Much contemporary embroidery work is stitched with computerized embroidery machines using patterns “digitized” with embroidery software. In machine embroidery, different types of “fills” add texture and design to the finished work. Embroidery has come a long way, both in design styles and techniques used to make these textiles. It also appears to maintain its intrigue as its popularity continues to grow.

Today’s embroidery looks a lot different from the embroidery of the past. Most contemporary embroidery is stitched using computerized embroidery machines using “digitized” patterns from the computer software. While the style and technique of modern embroidery are different from its ancient roots, much of the purpose and use of embroidery remain the same. Embroidery has, and always will be, a popular way for people to decorate their home interiors. 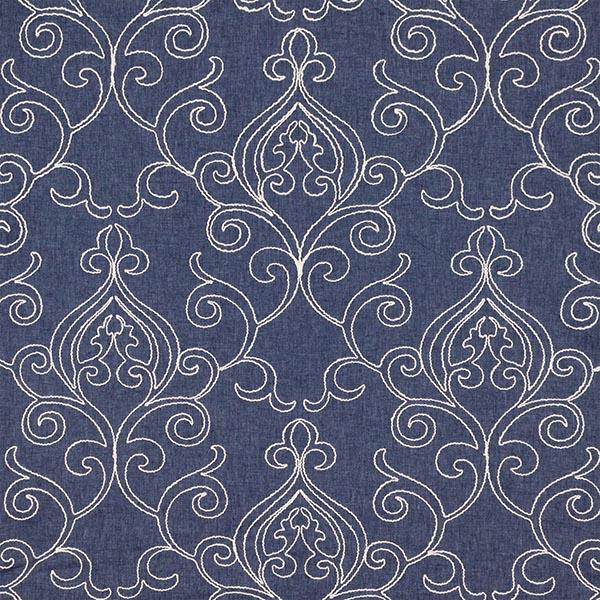 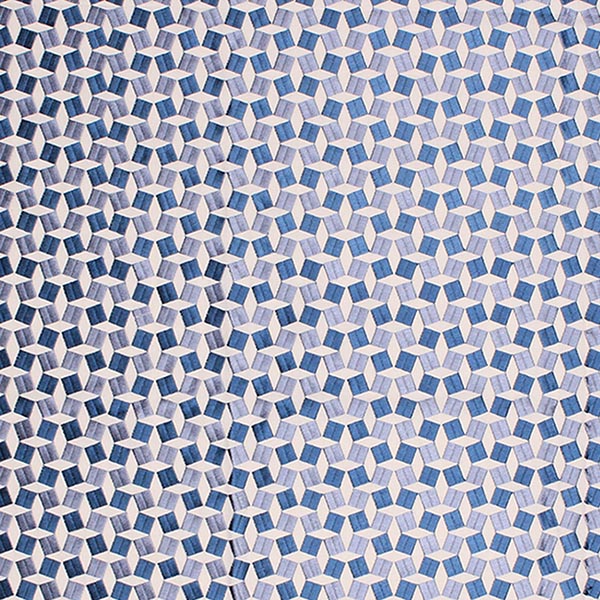 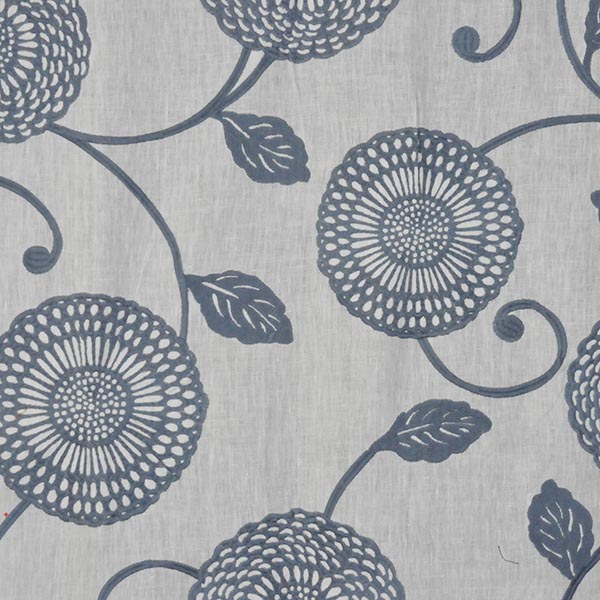 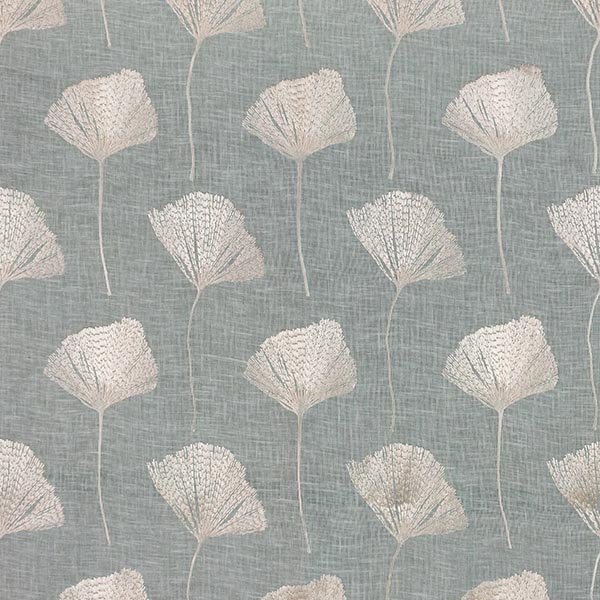 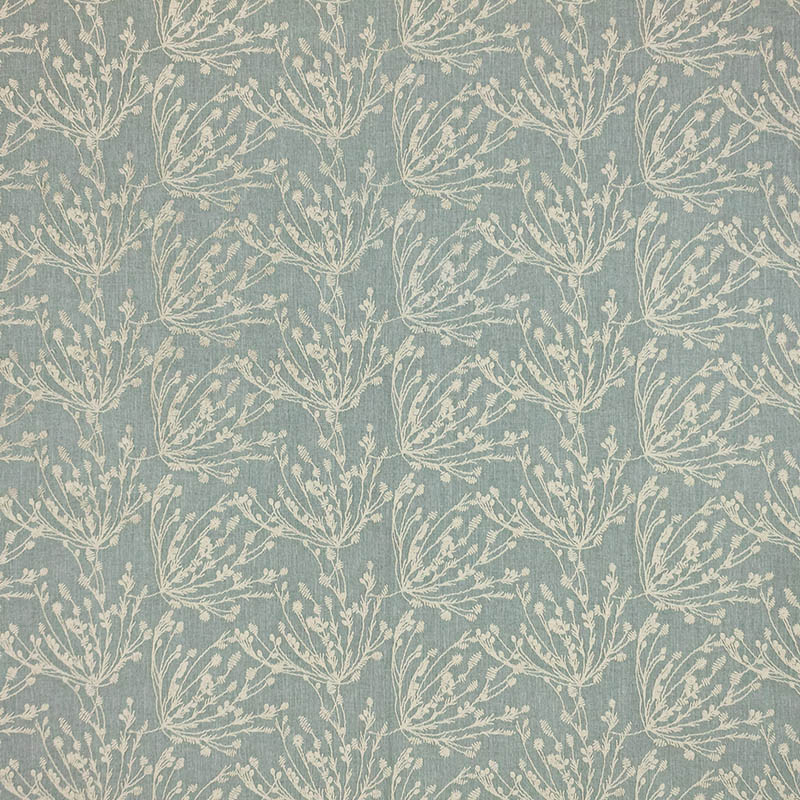